All recent versions of Delphix Engine have the VMware tools pre-installed when installed from the standard Delphix OVA image:

When running some combinations of Delphix Engine 3.2.x or earlier and ESX server, you may see this warning in vSphere:

This warning message can be safely ignored. All Delphix Engine releases are explicitly tested with the bundled VMware tools. Installing or running alternate versions of the tools is not supported. 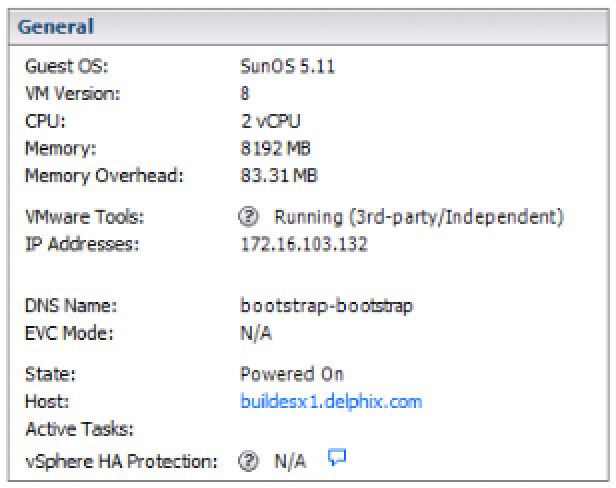