There are two scenarios which can create Held Space.

Held Space can be viewed in the Storage Capacity screen after the namespace it is in is failed over. While before failover we cannot see the storage for individual objects in a namespace, after failover each piece of held space belonging to a deleted dSource/snapshot/etc. will have an entry in the Storage Capacity table named Held Space (Deadbeat Containers), as shown below: 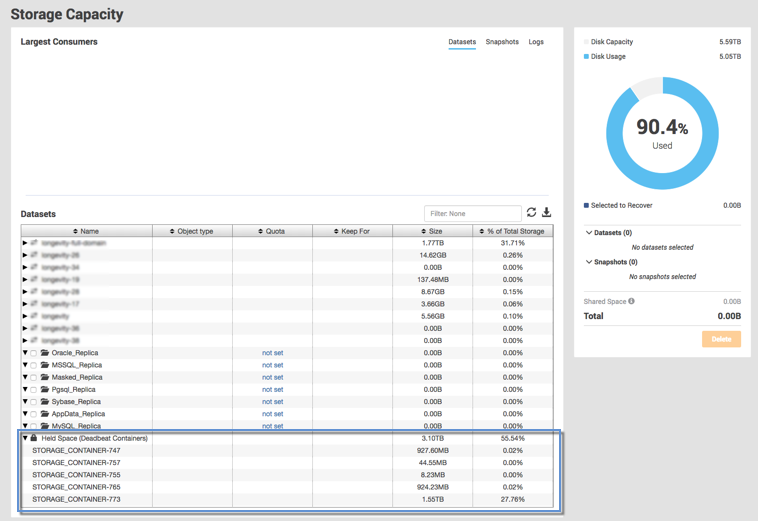