This topic describes the relationship between database container objects and environments in the Delphix Engine object model.

The core Delphix objects revolve around the notion of environments and databases, known at the API layer as containers. Understanding how these objects relate to each other is crucial to operating effectively within the CLI. This section provides an overview of these objects; for more information about a particular representation such as Oracle RAC, see the Web Service API Guide.

Most environment objects are created through the act of discovery. By specifying a host, Delphix will attempt to automatically discover all environments, repositories, and source configs. These objects can also be added manually after the fact in cases where discovery fails.

The environment hierarchy can be represented this way: 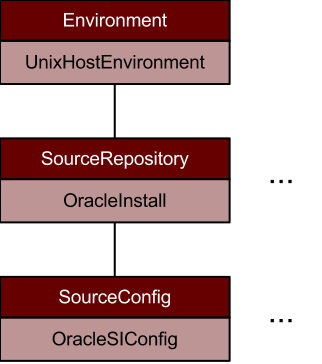 The core of all databases within Delphix is the Container that contains all the physical data associated with the database, whether it is a dSource or VDB. Within each container is a Timeflow, which represents a single timeline of change within the database history. Currently, a container can only have one timeflow, though this limitation may be relaxed in a future release. Within a timeflow are two important object: TimeflowSnapshot objects and TimeflowRange objects. Timeflow ranges represent the provisionable ranges within the history of the timeflow, while timeflow snapshot represent a point at which at snapshot was taken and therefore more likely to provision in a short amount of time. The resulting data hierarchy can be represented this way: 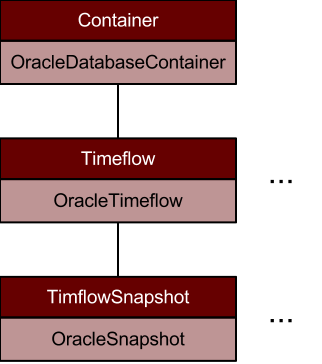 Export Databases and Environments to PDF