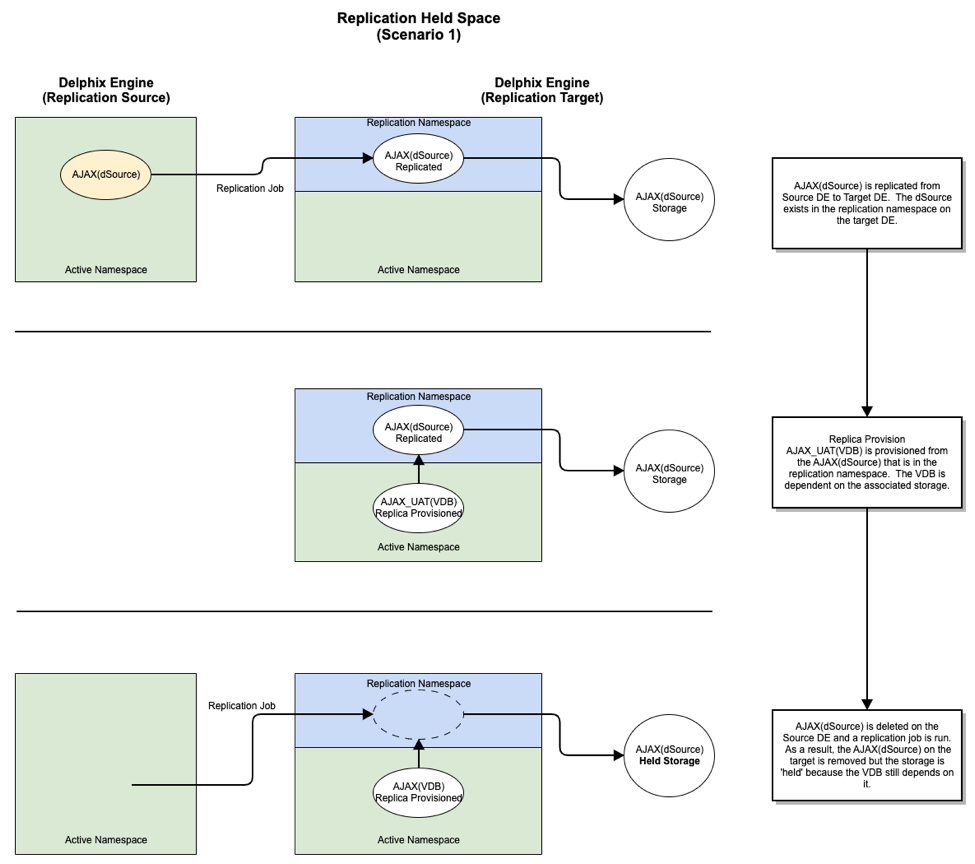 The first scenario is caused by a failed or interrupted Replication job and results in held space on the Replication source engine. During replication, all data blocks to be replicated are serialised for transfer. Once the transfer is complete, the serialised data is released.