Data Backup and Recovery Solutions / Selective Data Distribution / Selective Data Distribution Overview
The selective data distribution technology permits the distribution of masked data between Delphix Engines without bringing over the unmasked parent source. These engines must be the identical versions of the Delphix Data as a Service Engine with the Delphix Masking Engine. Otherwise, they can be asymmetric in terms of engine configuration. You can provision VDBs from distributed masked objects, allowing for the geographical distribution of data and remote provisioning. 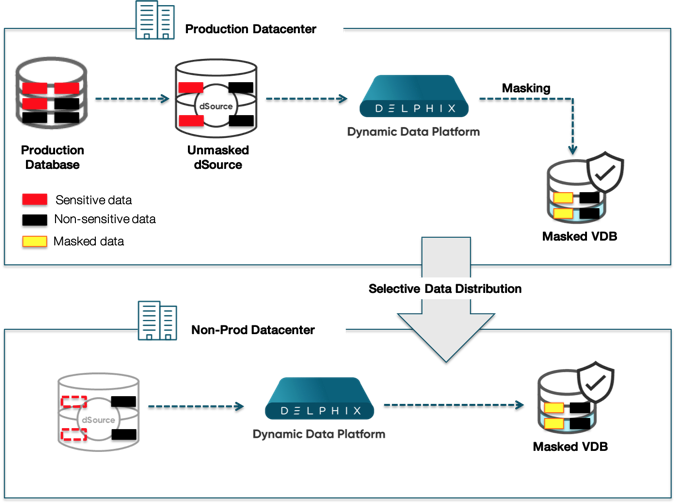