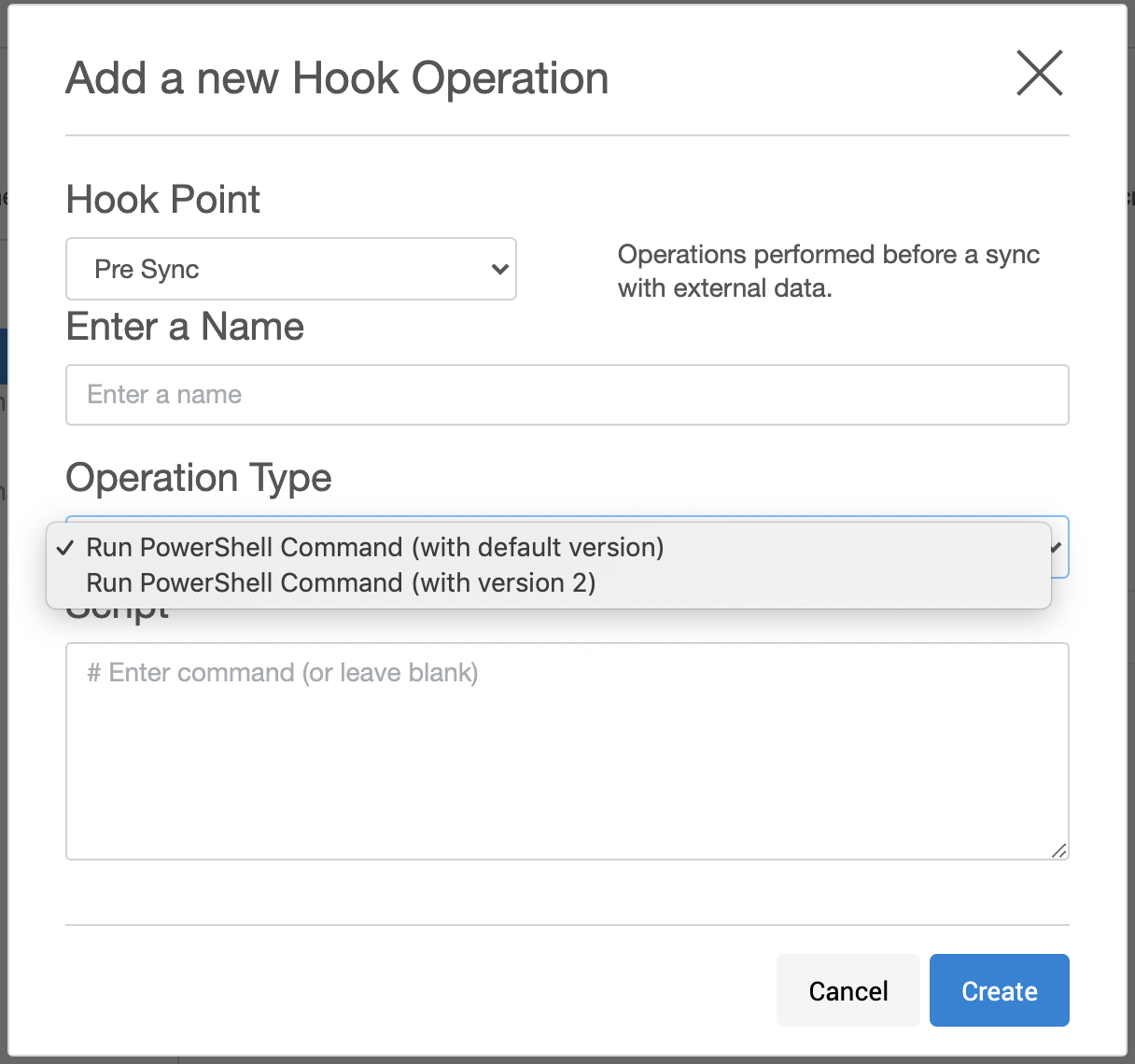 Hooks can be specified in the wizard used during the creation of a VDB, or modified afterward by navigating to the Configuration > Hooks tab.  Hooks can also be set using the Delphix command-line interface (CLI) or REST Web API.

Each hook operation represents a user-configurable action that the Delphix virtualization engine will execute. You can configure the custom hook code to fail if they encounter an unexpected error. The failure of a hook operation will cause the enclosing operation to fail.

The Windows environment user for the dSource or VDB runs the "Powershell" executable, which runs the specified PowerShell script on the Staging or VDB Target host. The Delphix Engine captures and logs all output of the script and displays it if a failure occurs.

The intent of hook operations are customization of the data contents or configuration of a dataset while it is being manipulated.  Actions performed by hooks effectively become an integrated part of the sync operations of a dSource or the provision, refresh, rewind, snapshot, start, or stop actions for that VDB.

Hooks are mainly used for pre- and post-provisioning operations. For example, you can use hooks to:

You can use operation templates to store commonly used operations, which allows you to avoid repeated code entry when an operation is applicable to more than a single hook, dSource, or virtual dataset. You can manage templates through the Delphix Management application.

You can also create templates from existing hooks by exporting the hooks in the Delphix Management application.

The existing template's PowerShell version can be changed by using Delphix CLI only because UI currently does not support this feature.