Currently, you can restore the SQL backups that are stored locally on the staging host, or on the network path, or on the backup servers with third-party vendors such as Commvault or Netbackup. At the same time, there are users that are having their native SQL backups on Azure Cloud Storage.

Delphix now supports restoring native SQL backups from Azure Cloud Storage. This enables users who are moving to Azure to use direct backups from the Azure Storage containers instead of third-party vendors.

These backups support the following. 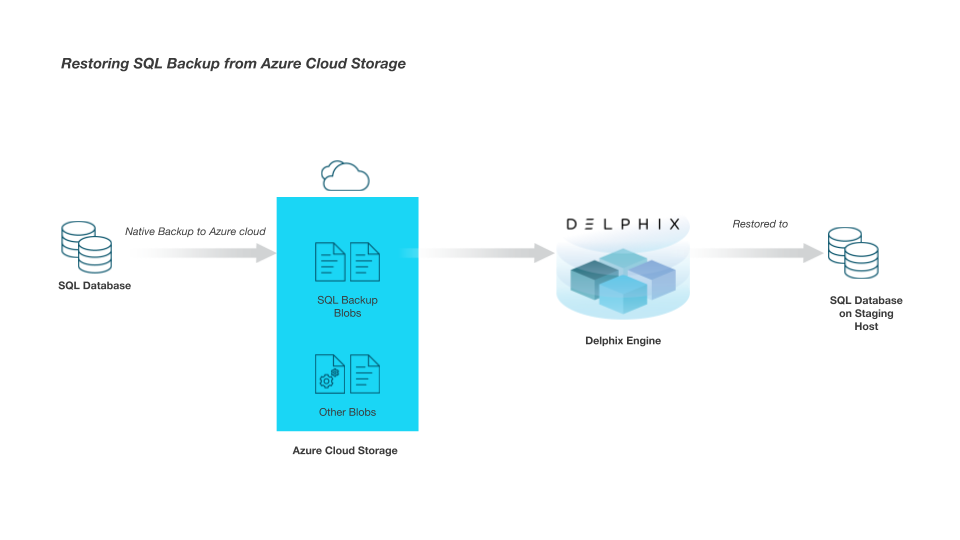 The following features and functionalities are currently not supported.